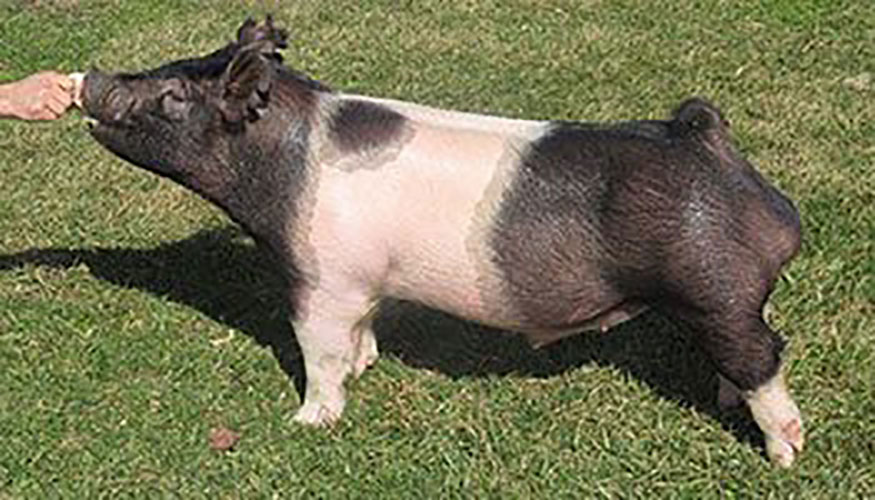 After the results of breeding the Triple Crown sow to Best Man the first time it was a no brainer it had to be done again! Some say it’s never as good the second time around…..definitely not the case here! The results were incredibly good! Assault headlines this litter for sure, but it was a deep one; as his littermate sister won her class at the Southeast Regional @ 180#, and a pair of littermate brothers sold for $12,000 & $4,500 at Perfect Timing! Assault is trendy and right for the times in how he’s put together. Tall fronted and slick looking. Long & level from the side and square and opened up at the ground. Awesome shape and muscle for a negative boar. Impeccable running gear underneath him. Visitors have called him the combination of Affirmed & Citation! We won’t say he’s the best one as it’s hard to overlook the fast start his full brothers are getting off to! We’ll play it safe and just say this threesome is incredible and need to be used! Beat up all comers on your way to the top with Assault!!!