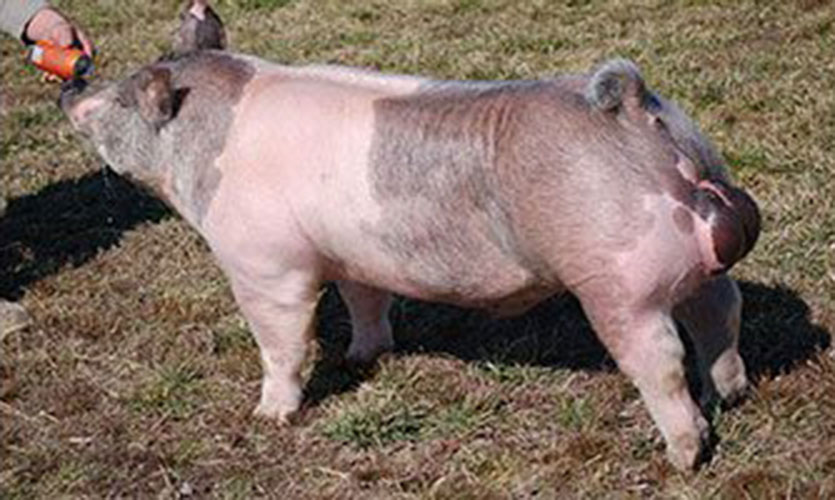 We would like to first off graciously thank the Rodibaugh’s for wanting to work with us and allow us the opportunity to purchase half interest in this beast for $10,000!! When they called us and told us they had a blue belted Drop Shot boar geared for Belton that they thought was the best crossbred boar they had ever raised we knew we had to get to Rensselaer to see him. With the excitement already brewing around Clayton due to numerous positive reports of babies on the ground from our summer purchases, the addition of Drop Down makes it even sweeter!! We, like most, are suckers for the blue belted color pattern and feel this is one of the best Drop Shot sons we have had a chance to evaluate. That being said, this is one impressive specimen that is moderate in his build, wide in his skeleton, and massive in his dimensions. He blows us away with the width and power he has when he comes at us while leaving us in awe when he goes away with that same power. Study this one’s incredibly stout skeleton and you will see his massive hip, monster rib cage, and enormous blade. We love the huge center body, dead level build and cool look Drop Down presents us with. Tie in his sound, flexible movement and we think this guy has all the pieces to make those big time show barrows that will Drop Down all the competition on the way to winning shows!!