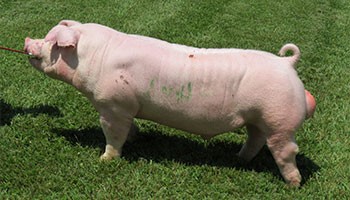 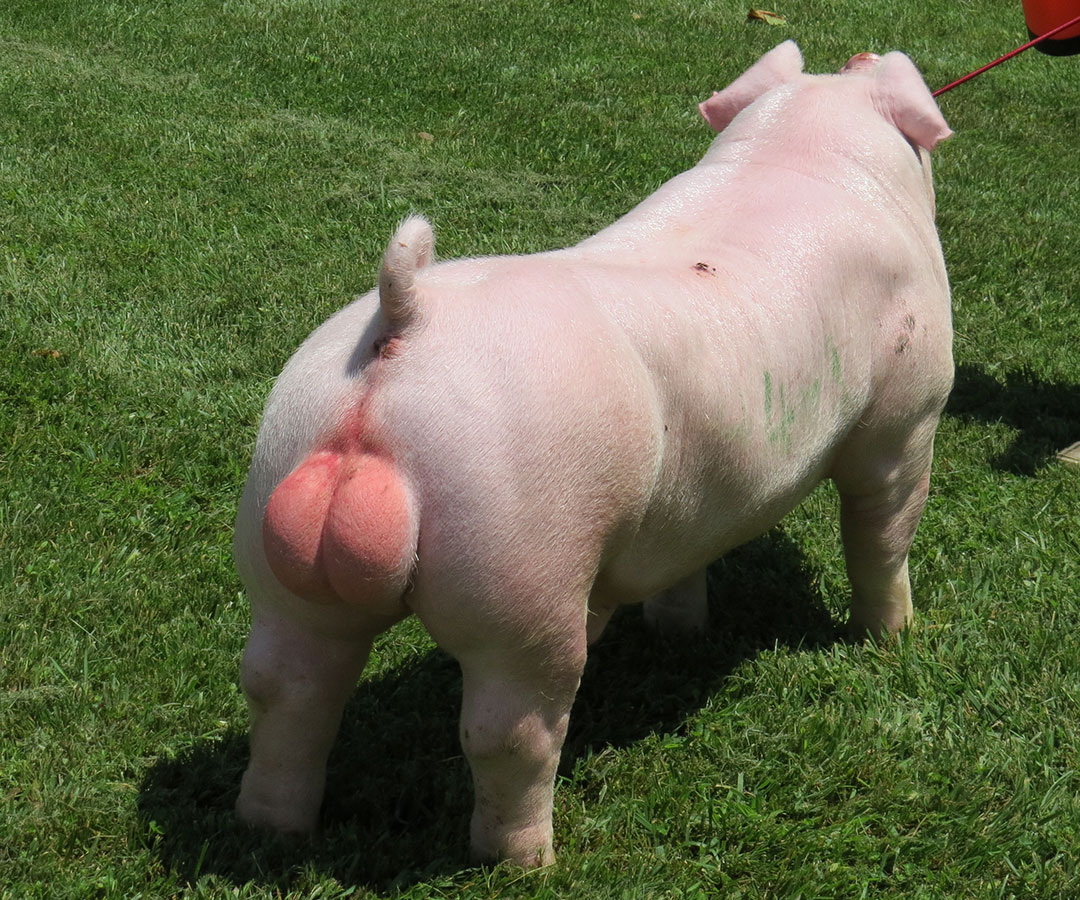 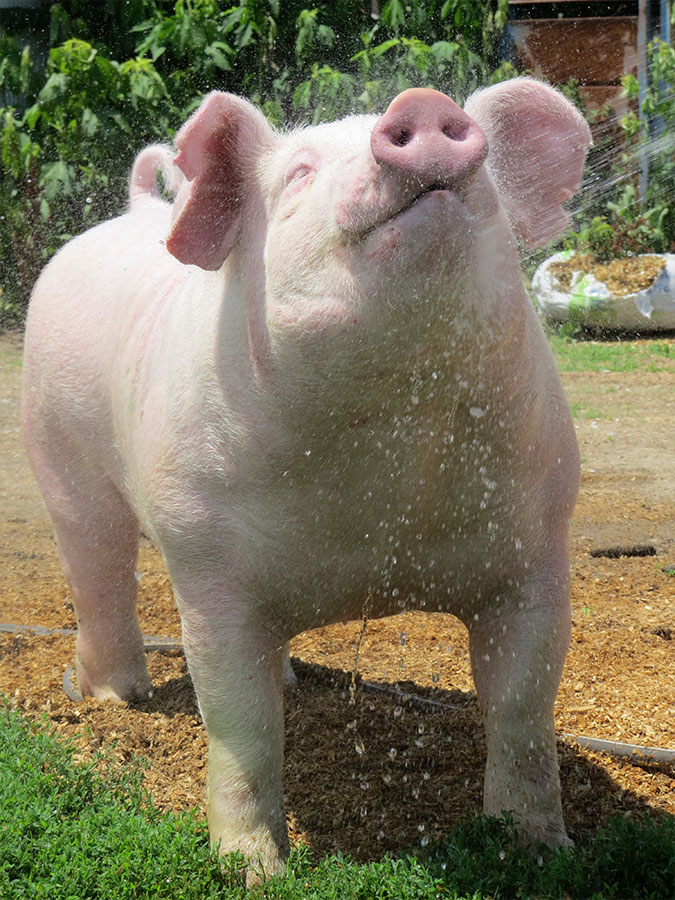 There are so many different places we could start to describe this boar but we are going to start with the response we get from everyone that sees this beast. We show him to everyone that comes thru to tour the stud regardless if they have Chester White sows or not and the most common response we get is WOW!!! Never before have people seen a Chester boar with this much bone, this big of feet, and this stout of skeleton get out and motor like he does and still offer a cool, clean look about his head, neck, and joints. BONECRUSHER has also many times over been referred to as the most unique boar seen anywhere all summer. We tend to agree and think the sky is the limit on what kind of impact we feel BONECRUSHER is going to make on the Chester White breed. Lots of really good breeders are already booking semen on BONECRUSHER to make crosses as well. The pedigree runs deep and rich in BONECRUSHER as he is sired by the $27,500 Range boar from the 2012 STC and his mother was the Champion Chester White Gilt at the 2010 Team Purebred event as well as in the Top 5 Overall and Champion Chester White Gilt at the IL State Fair Jr. Show. She is also a littermate to Illusion. His grandmother was the Corya gilt that was Grand Overall Breeds at the 2007 IL State Fair Jr. Show and Reserve Champion Chester Gilt at the Team Purebred event in 2007 and is the mother or grandmother of most of the Chester boars that the Ogle-Tabbert firm has produced the last few years. No matter what color or ear set this boar has, we feel he is one of the most intriguing boars we have ever purchased and cannot wait to see what his offspring will do. If you want to smash down any and all competitors in your way, do it with BONECRUSHER!!! 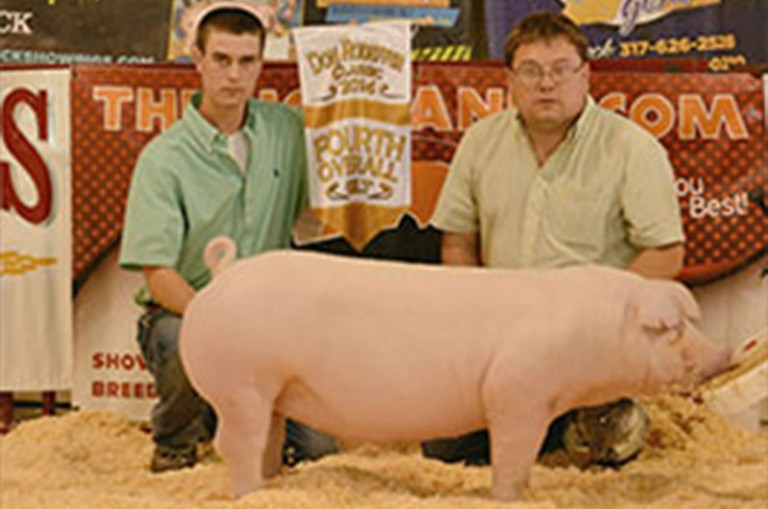 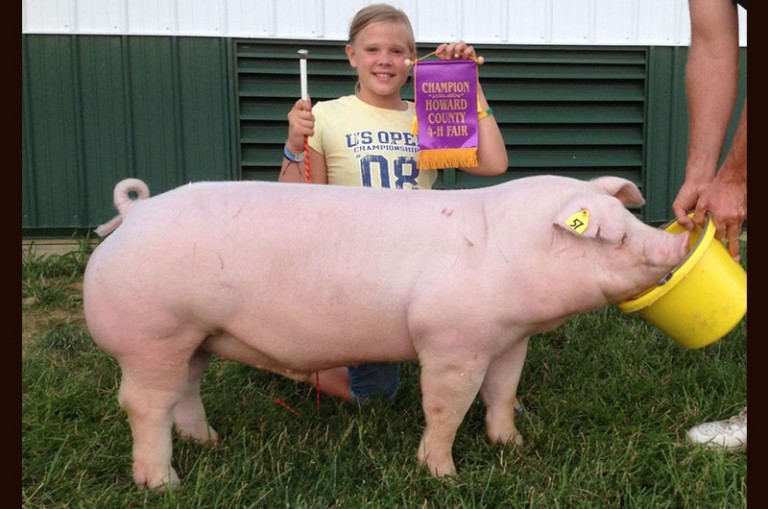 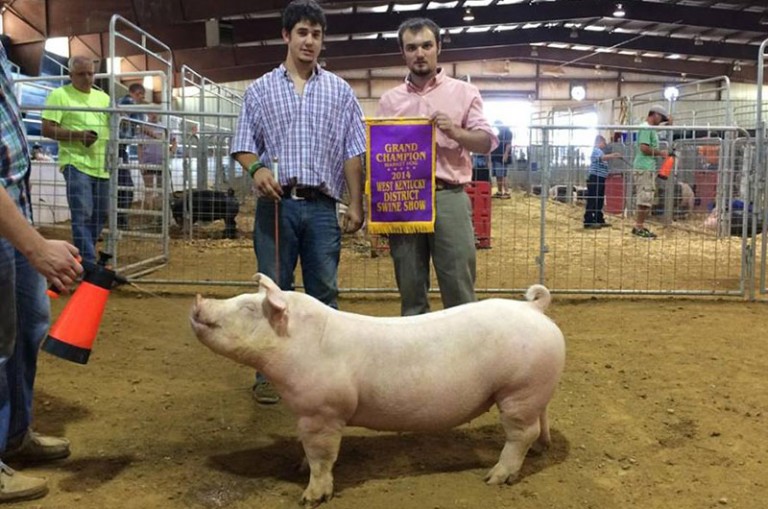 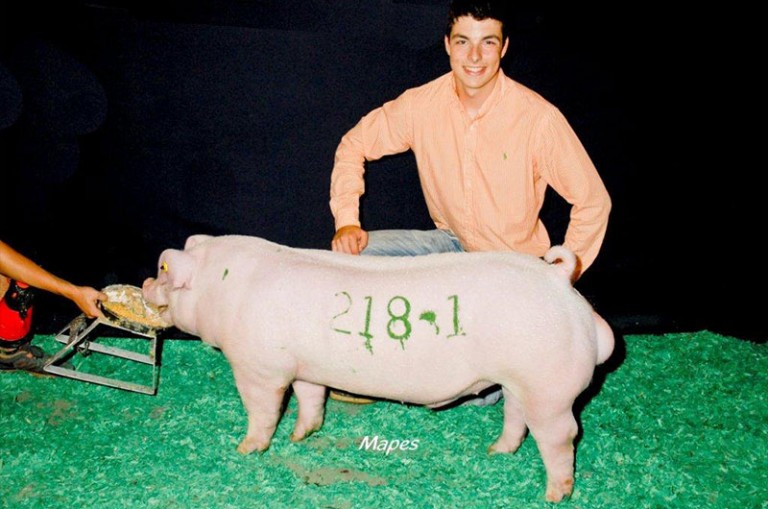 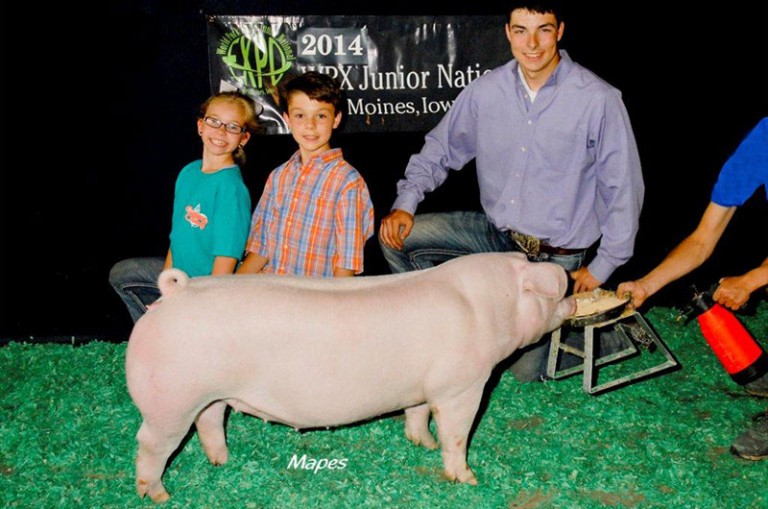