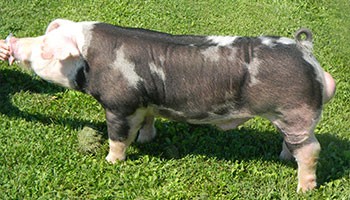 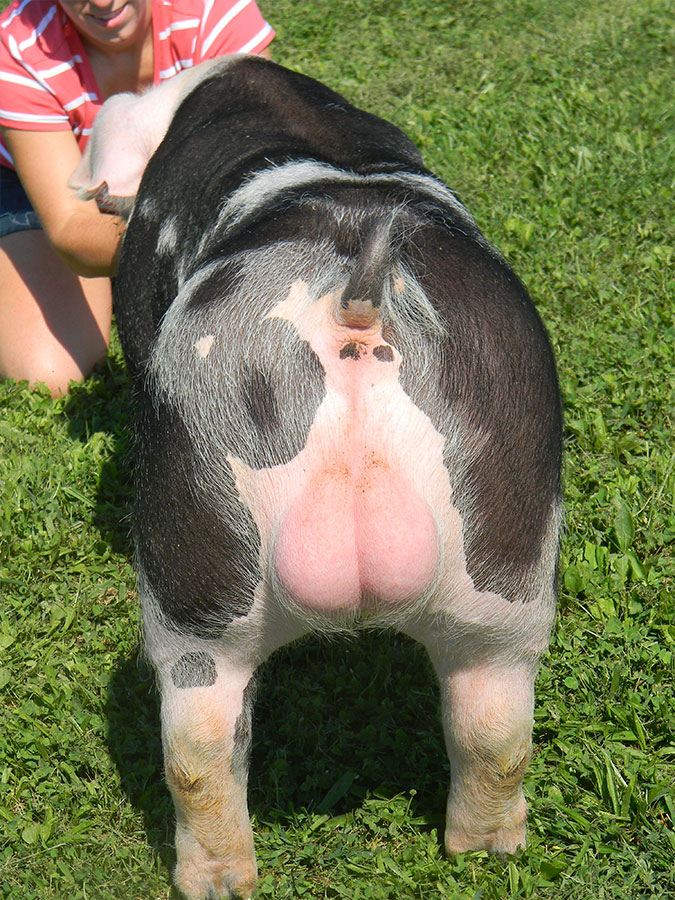 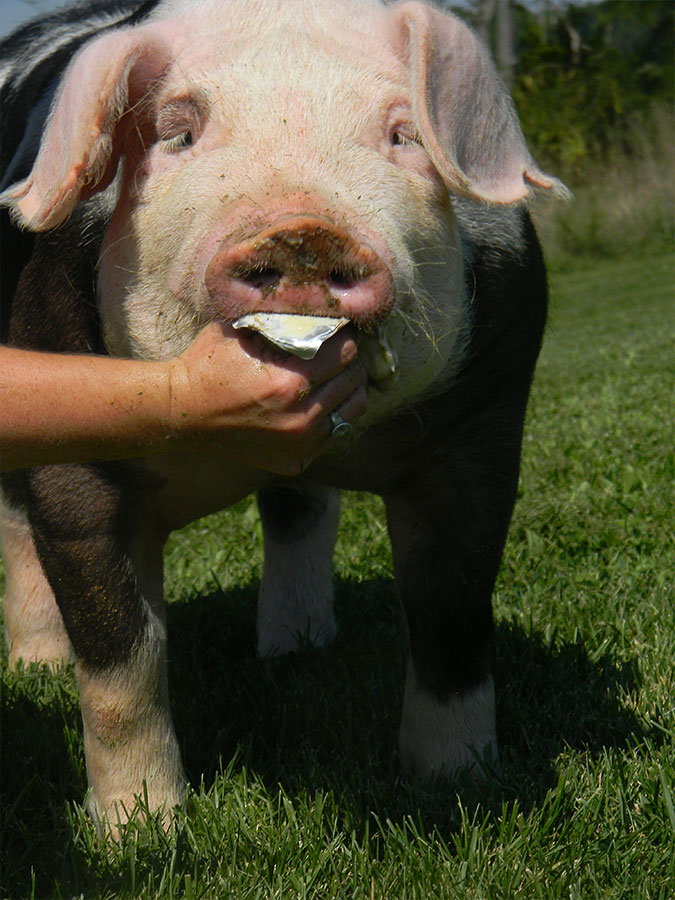 BULLFROG was the boar that the Corya Family had planned on exhibiting at the Indiana State Fair. We had this boar on our radar from an early age and after the untimely death of Tadpole and the success he had this summer, we knew he needed to come to Crossroads before Indy. BULLFROG is bred right, being sired by the breed-changing Tadpole and out of a powerful S&L sow, which is a littermate to Demolition Man and was the 2011 IJSC Points Champion Spot Gilt. He resembles his daddy so much in terms of build and design by being a moderate framed boar that is wide both coming and going. For being stress negative, BULLFROG has great shape and muscle with a big square top and expressive, deep hip. In comparison to his sire, he is way heavier structured and plants and drives squarer and truer off his hind leg. BULLFROG is dead level in his skeleton, sound and flexible on the move, and has a great look to him. We have a ton of confidence that this one can carry on the legacy that Tadpole left behind in his short amount of time and knew it was a no brainer to put him on stud here. If you want to jump to the forefront of making spotted hogs that are truly massive and stout yet sound and functional with good shape then make sure you take that leap with BULLFROG!!! 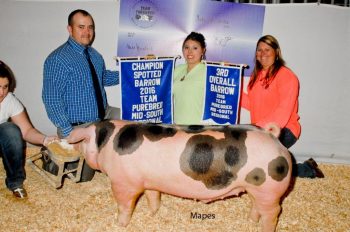 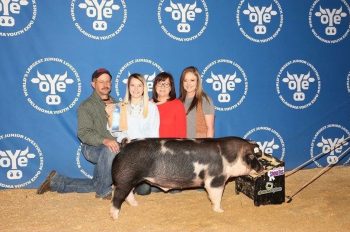 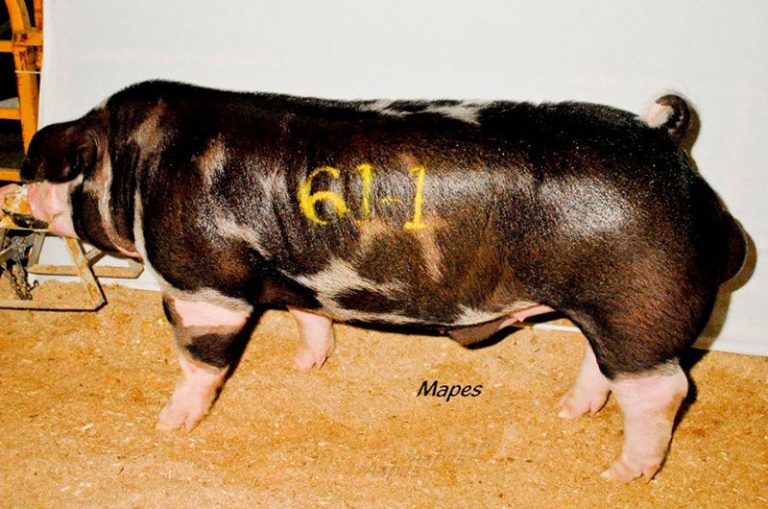 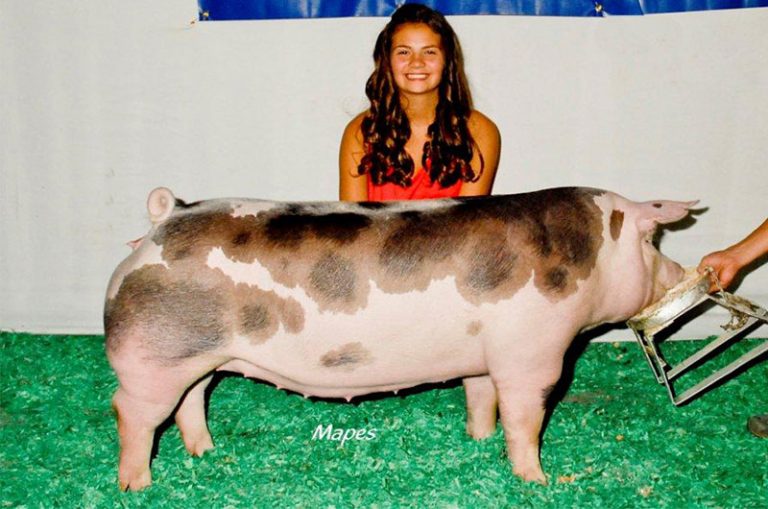 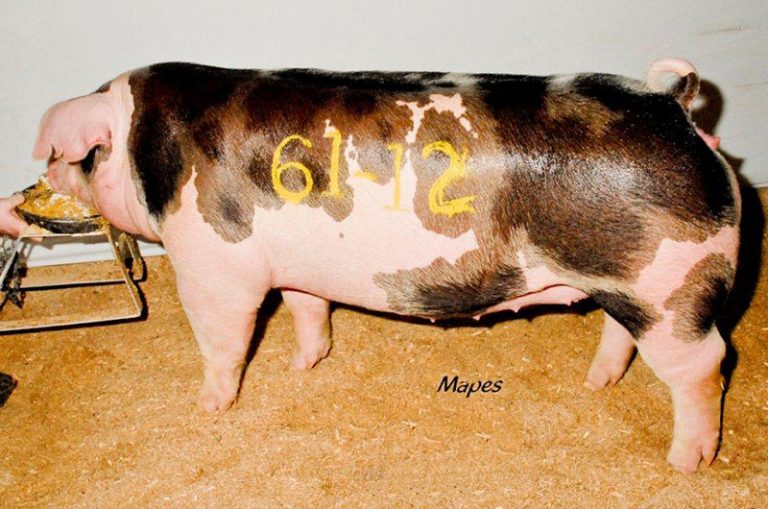