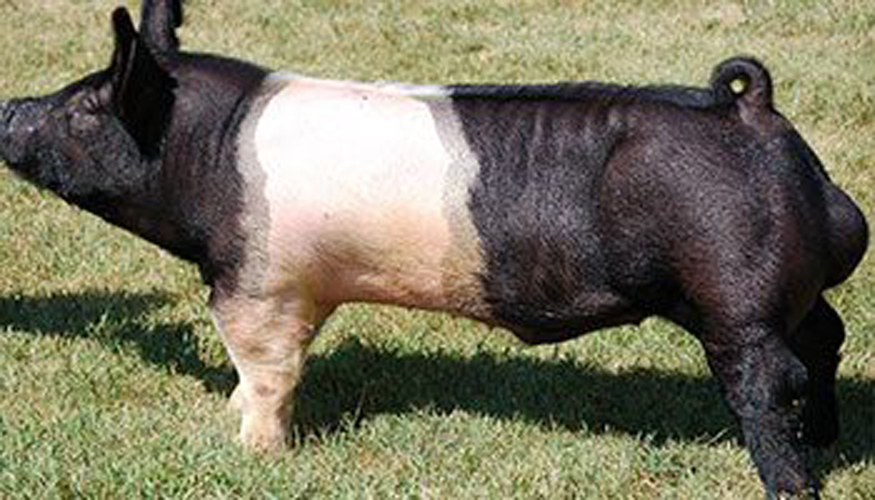 With all the excitement built up at the IN State Fair over Shoot ‘Em, when we heard he had a littermate brother at home who was just as good but fighting an injury, we already had plans made to go view him before we even purchased Shoot ‘Em! Ecstatic that we had Shoot ‘Em bought, we couldn’t wait to go see Gator Bait, so we actually drove to far Northern Indiana to see him the same night as the Crossbred Classic!! When he stepped out of the pen it was apparent he wasn’t 100% but he still blew us away! He resembled his brother so much in terms of moderation, width and stoutness that we knew he was coming home to rejoin his brother that night! Now with all cylinders clicking, he impresses us beyond belief. He too is incredibly stout in his bone and skeleton with great big feet. He brings to the table the same moderate framework and impeccable width. Gator Bait is flexible and mobile in his movement and offers a nickel more crisp muscle shape down his top and a notch more extension through his front end compared to his littermate brother. We think the brothers offer so many positives to make showpigs better and move us to the next level! If you are serious about making those crossbred barrows that are easy to sell and tough to beat, then make sure you have your line baited with Gator Bait to snag the big one!!!