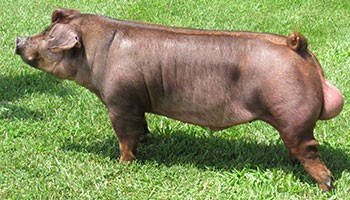 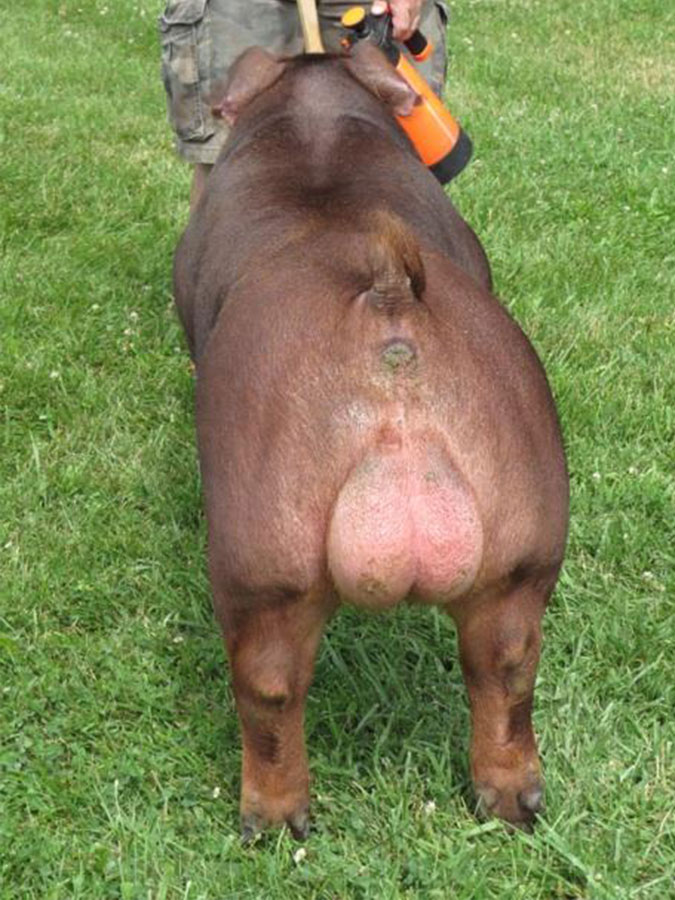 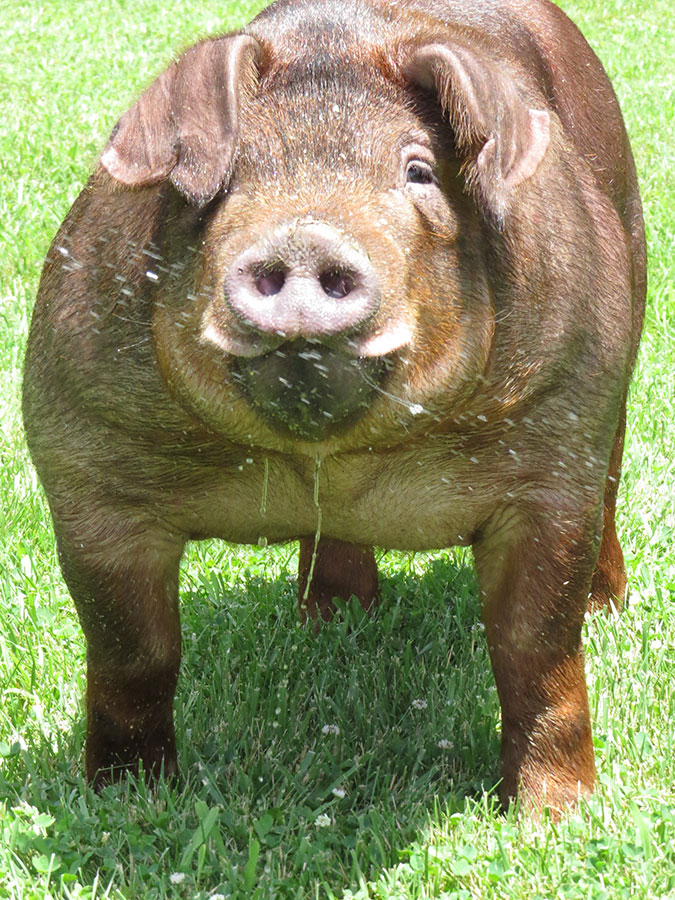 Most people will spend their entire lives breeding hogs trying to make that one freak show breeding piece that goes and sells for a lot of money; while others will spend their lives just breeding good hogs trying to make their herds better in terms of consistency, productivity, and durability. Guys that take the latter approach are often the ones that consistently find the winner’s circle and often help improve and move that breed forward. When you travel to the Fordice Family’s farm the latter approach bleeds from there, passionately. Marty, Lee, Cory, and the rest of the crew there devote their lives to being successful in the Duroc breed. You can see it on their faces and hear it in their voices when you visit with them about their hogs. When Marty called us and told us that they had a pair of Light ‘Em Up boars that we needed to go see, we didn’t waste much time in doing so. When he drove LIFETIME out of the barn he floored us in the way he combined the Light ‘Em Up power and mass and the Fordice flexibility and mobility, look and design. He had an incredibly flexible skeleton that was square and wide both coming and going while possessing those extras in terms of rib shape and dimension along with lots of muscle volume down his top and back into his hip. He came at us with a huge chest floor and from the side gave us that tall shouldered, extra show hog look that can be hard to find in this breed. They drove this hog in the yard for a long time as we discussed and analyzed him and he never once took a bad step or got tight in any joint. Yes, LIFETIME is a littermate to the highly successful Jaxon Parmley show gilt that was Reserve Champion Duroc and 3rd Overall Gilt at the 2014 NJSS and also the Grand Champion Gilt & Champion Duroc at the Indiana State Fair Jr. Show. The cool thing about LIFETIME, for us, is the mass number of key foundation sows his mom has back in her pedigree. She is a Flash Drive X Integrity and a littermate to the 5th Overall & Champion Duroc Gilt at the 2013 Indiana State Fair Jr. Show. That Integrity sow is 14-11 and along with her and 14-10 (Magnitude’s Mom) they are the key foundation sows that have generated a lot of banners for the Fordice family. Without going way back generation after generation of the sows behind LIFETIME, just know that he will be a flat generator and a token for the term, behind every great boar are great sows! Marty and Lee told us that day we were there that they had spent a LIFETIME trying to make a boar like this one and we sure are glad they did. Don’t get left behind and miss out on trying to build that “one”, just try to make better hogs and do it with LIFETIME!!!