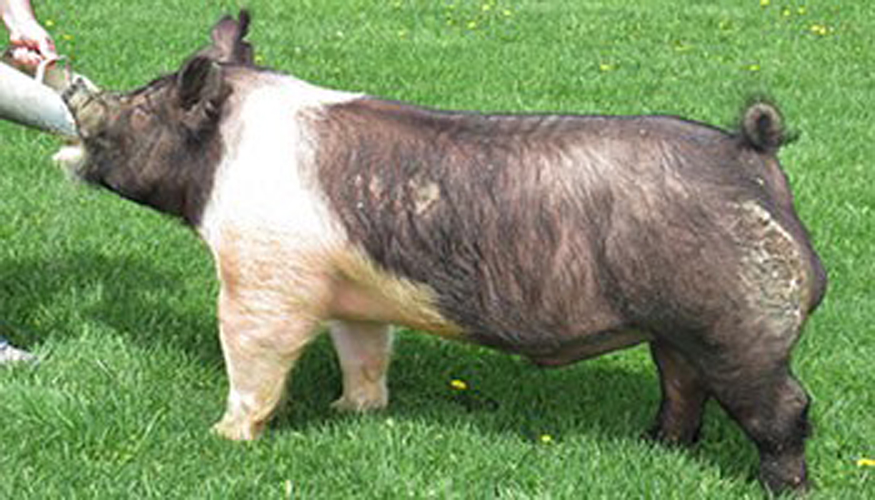 There is no name in this industry more synonymous with success than Heimer Hampshires! Jesse and his family have risen to the forefront on many levels in this industry and have done so by believing in good hogs and genetics that breed on. We have made several purchases from and with Jesse and it’s been nothing but good. When we asked him about the set he sold on the fall 2014 “Chosen Ones” sale, he quickly referred us to this Droppin’ Swag x Boondocks x Paparazzi (Swagger’s sister) son. His faith was that this would be the breeding on hog of the set due to the legacy in his pedigree and his phenotypic traits to pass on and make hogs better. Long story short, we made the purchase and brought SCAR to Crossroads. This one brings stoutness, width and mass to the table with ease. Big legs and big feet with a wide undercarriage. For a stress negative boar, he is shapely and descript with a good kind of rib shape. This one balances up with good show hog look from the side. Don’t be afraid to walk into the battle and come out a winner with SCAR!!!