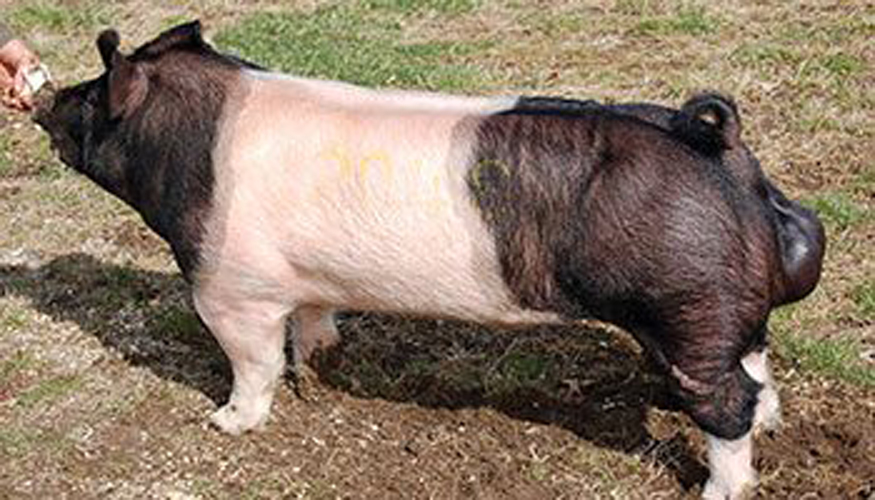 Snapshot is a boar that we had the opportunity to see as a weanling when stopped by Doug Porters last fall to view the young set of boars he had on feed. When we first laid eyes on this Paparazzi son we were overwhelmed. Fast-forward to Belton and the chance to see him as a mature hog and we knew we had to own him. From the first time we saw him until we had the privilege of owning him, Snapshot blew us away with his incredible square build and flawless soundness. He is one that is heavy boned and enormous footed yet so athletic in his movement. He is big and bold in his blade and hip and loaded with muscle and dimension. Blown open in his rib cage and deep in his center body and flank. Put with that his moderate framework, jet level design and showring look; we feel he possesses all the fundamentals to make those really competitive showpigs! If your serious about making hogs better, then tap into this one!! Doug says this may be the best one he has raised to date!!