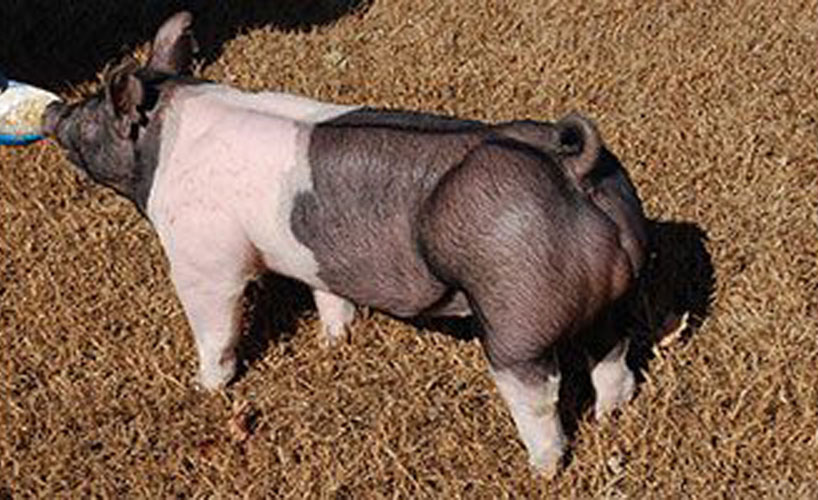 Somethin’ Else is a home raised boar that has had us excited from a very early age. He made it easy to decide early on that he was going to go on stud here at Crossroads due to just his sheer width and power that he possessed early in his development. Somethin’ Else is incredibly wide and stout from every angle you view him. He comes at you with an enormous chest floor and leaves you with that same width. Put him in motion and he impresses you with how mobile he is in his movement. He is loaded with muscle from every view and sets his moderate, level skeleton down on foot and bone that would make a fat steer jealous! He is best described as STOUT as he is the heaviest boned boar that we have ever raised!! Before we finish, we need to talk about this guy’s mother and his litter! His mom is one of our very good Recovery sows that are littermates to Rename. They flat generate and never miss regardless what we breed them too! Somethin’ Else’s litter was outstanding and he had several littermates that went on to be very competitive at San Antonio, including a class winner! If your looking for that boar to sire sellable baby pigs that will finish and be there in the end then use Somethin’ Else!!