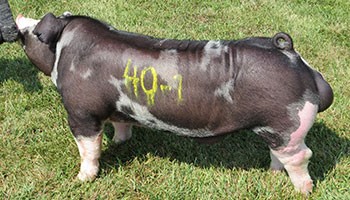 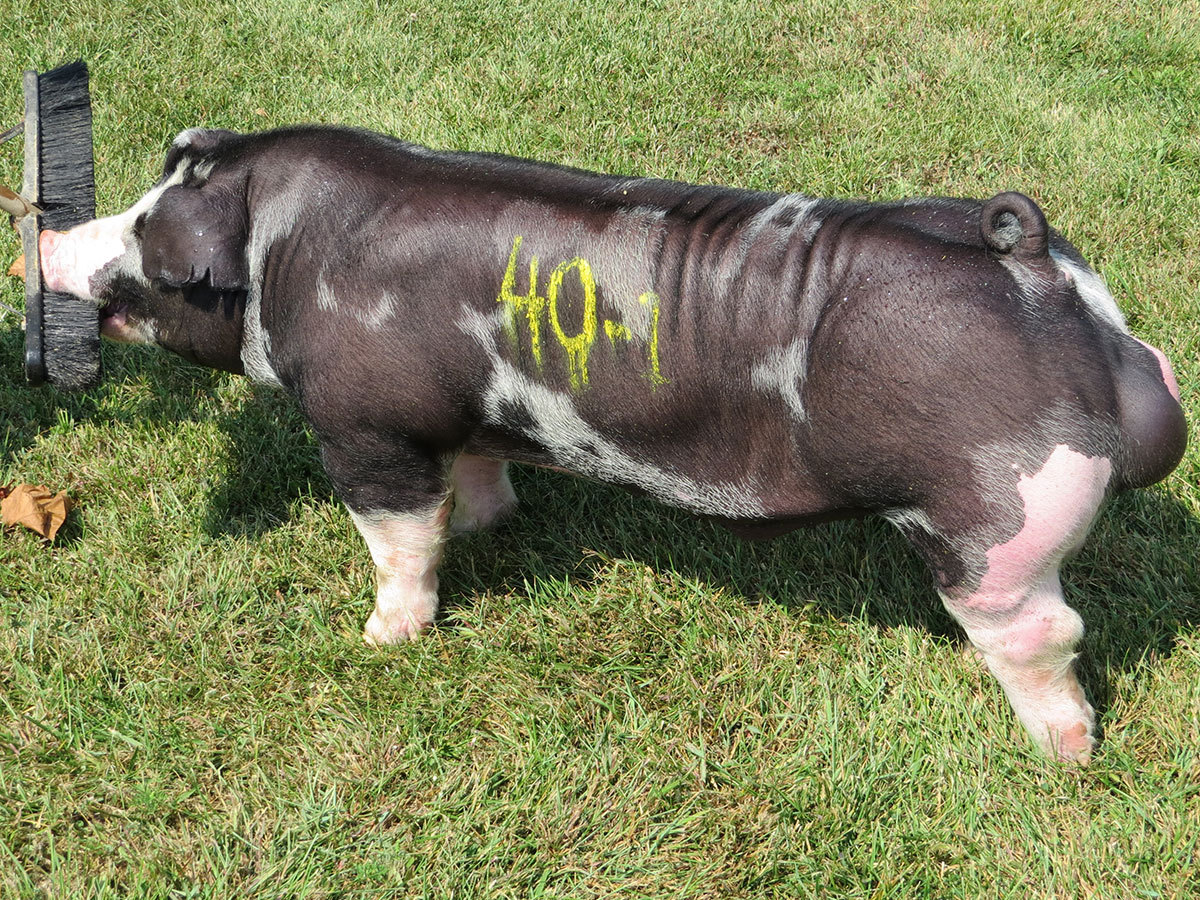 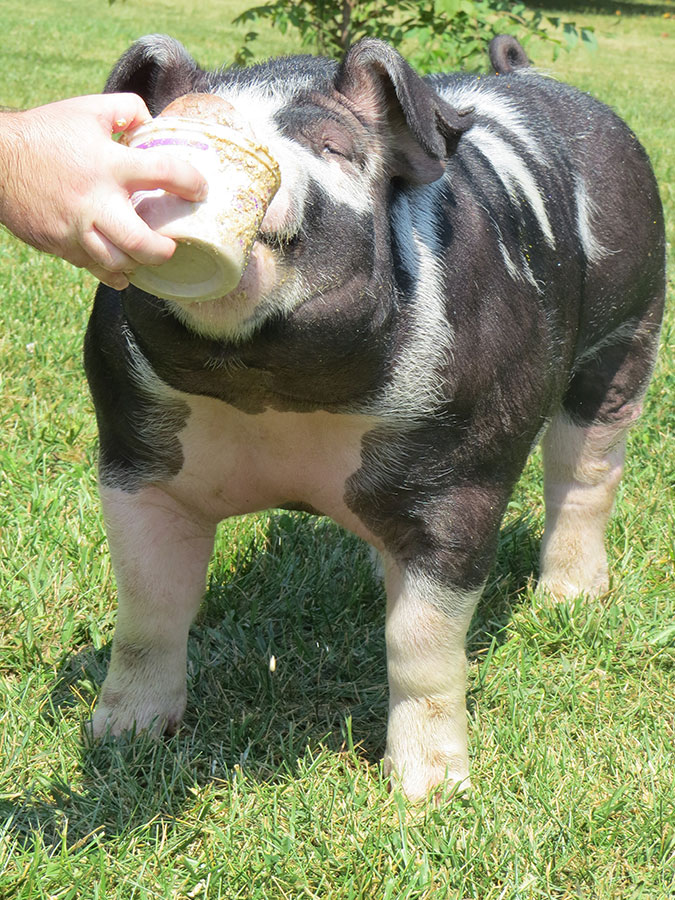 We went to the Indiana State Fair Spot Show with the goal in mind of finding a big time stress carrier Spot boar of a different pedigree than the popular Bullfrog and Tadpole lines that have worked so well for us here in years past. When TWO STROKE hit the ring and we saw he was a carrier, we knew we had found our prize. He went on to easily be named Champion Spot Boar and given the popularity that spot boars at Indy normally have. We enlisted the help of some of the really good spot breeders to team up with us to own TWO STROKE. Much to our surprise, when we held our number up at only $20,000 he was coming home with us. We are thrilled to have Corya, Arthur, Friddle, Moore, and Emenhiser as partners on this monster and look forward to what he will do on their sows! TWO STROKE is one impressive specimen. He is gigantic legged, busted open in his skeleton, tall about his shoulder with an enormous expressive top. This one comes at you like a beast with a huge chest and leaves with a big, shapely hip. TWO STROKE is moderate in his build, wide in his base, and extremely athletic in his stride. To top things off, he shares the same mother as Camo that has been quite successful for Triple B! We have studied a lot of spotted boars over the years and never have we had one hit us as hard as TWO STROKE does! No matter his color or ear set we feel TWO STROKE was one of the best boars offered all summer and we would like to thank Chad & Misty Hill from Texas on bringing this mammoth to Indy and giving us the opportunity to own him! Whether you want to make elite spot barrows or dynamite spotted gilts we feel that the only motor you should be driving is a TWO STROKE!!! 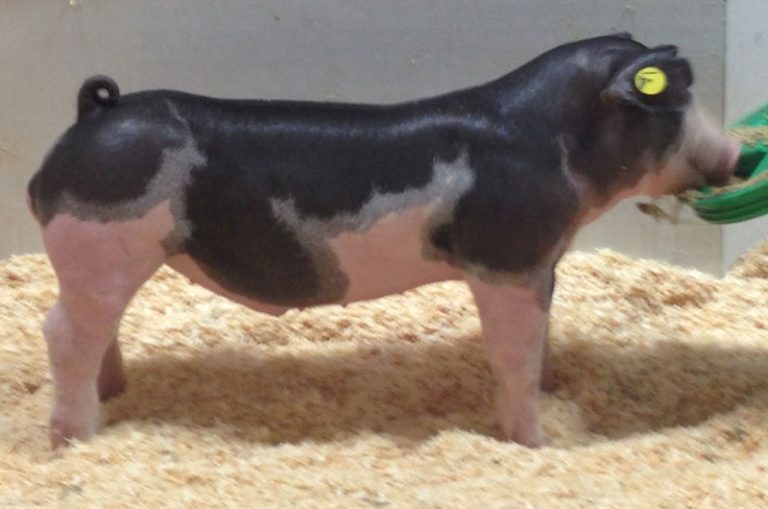 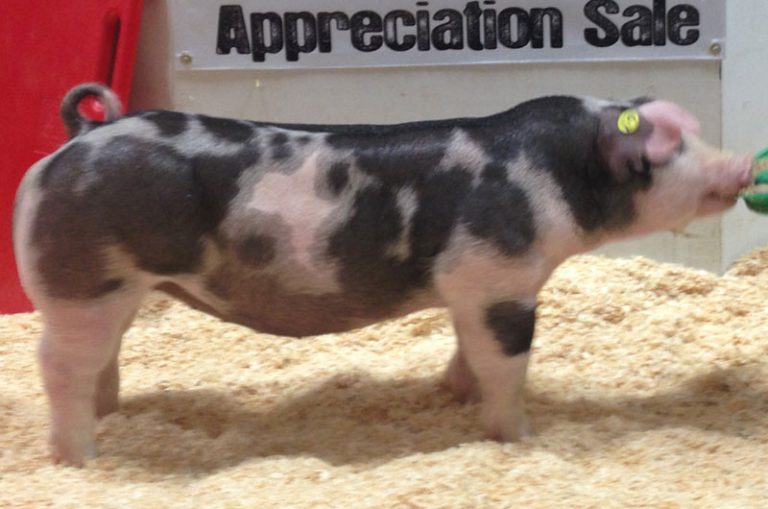 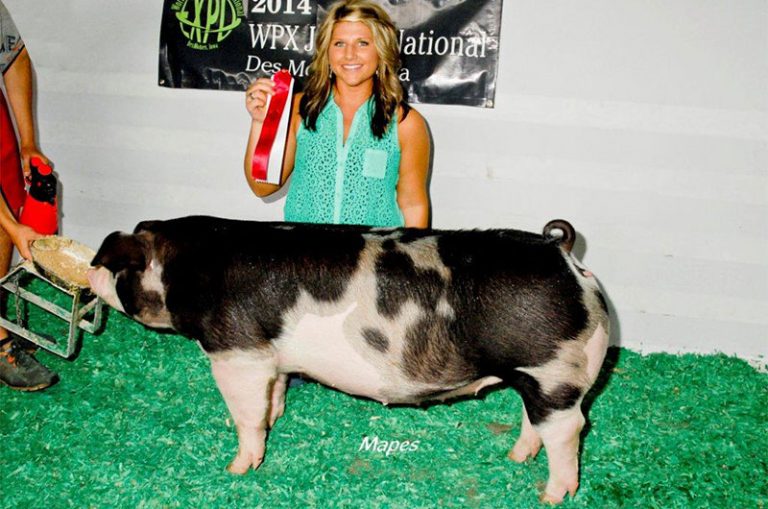 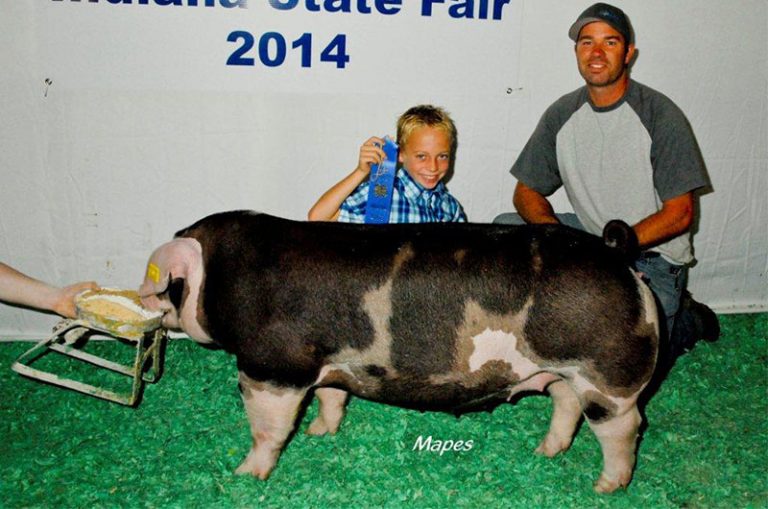 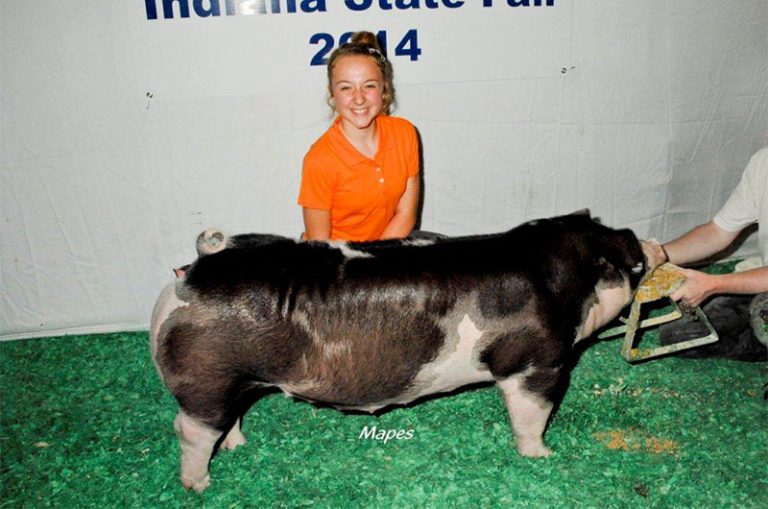