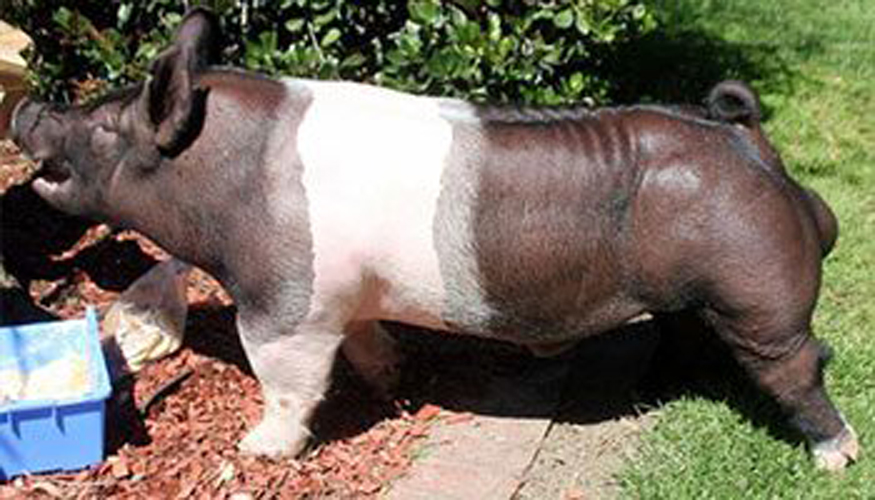 Wrecking Ball was the Reserve Champion Crossbred Boar from the 2013 WPX and comes from a winning firm proven to generate high caliber boars. This Twin Turbo son is just that!! His Black Attack mother is one of the really good generating females at Ottenwalter’s and with the success of boars from this firm that both we have purchased and in other studs across the country, we feel Wrecking Ball is destined to cause some serious destruction in the show ring!! This stress negative stud is one that is massive boned with huge feet and big even toes. His muscle shape is incredible down his top and back thru his explosive hip. This one is dead level from nose to tail and has killer show hog look about his stout but extended head. This one comes at you big chested and doesn’t disappoint you when he goes away! The many visitors we have had thru since expo cannot believe how much this monster has matured!! Many thanks to Weisinger Farms for seeing the breeding value in Wrecking Ball and teaming up to own a piece of this one. In a business full of competitive firms and lots of big time boars, if you want to set yourself up to destroy all comers in the show ring than Wrecking Ball needs to be in your demolition plans!!!