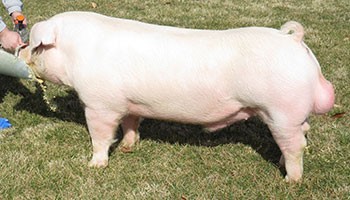 In the last few years since we began the boar stud, we have been asked numerous times when we were going to add a Landrace sire to our battery. Our response was always, “When we find the right one!” Those of you that know us know we do not buy many weanling age boars. When skimming thru an online sale earlier this year, there was a Landrace boar from Korb that immediately caught our attention. After visiting with Mark and David we made the purchase. From the time he arrived until the time he was mature he impressed us every day. Our entrance into this breed wanted to be done in a big way. Sired by Revolution on an Apollo x Outlook sow, he is a littermate to the Champion and Reserve Market Hogs at the 2014 NAILE. He is also a full sib to the Champion Boar at the ‘15 WPX and the Champion Gilt at the ‘15 Ohio State Fair. OVERTHROW is unique for his breed in terms of being heavy structured and big footed. He is square and opened up in his skeleton while being extra mobile in his stride. He is truly tall at the point of his shoulder while offering an up headed, extended look thru his front end. Shape and muscle match and balance his skeleton very well. He is big in his rib shape and dimensional in his hip. We think this one can make a good set of Landrace hogs to compete at big levels. Take over the competition with OVERTHROW!!! 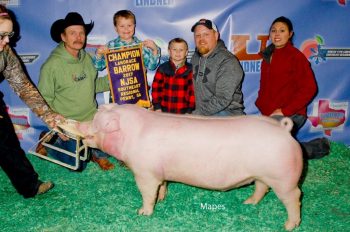 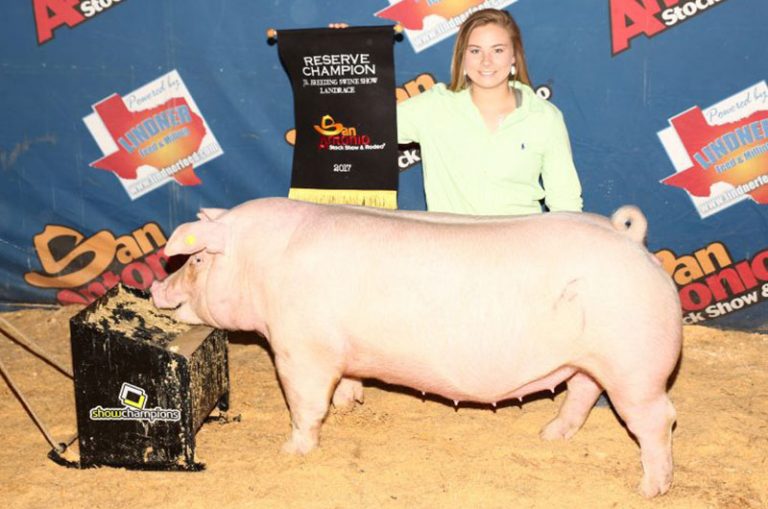