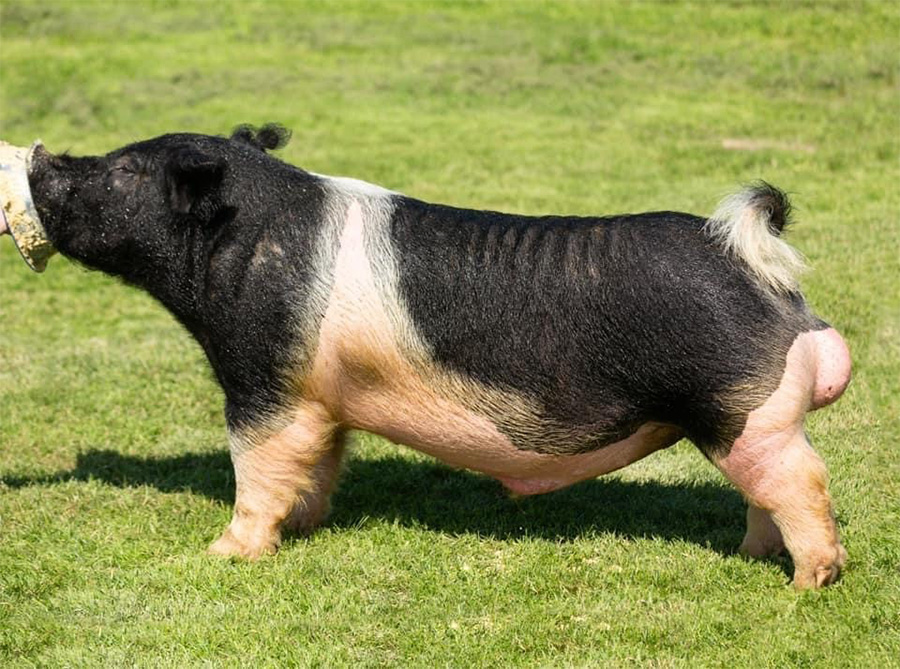 – From a deep litter that includes Bad Apple @ HH and a female that was the Inaugural Vegas Showcase $15,000 Pick of the Slat Barn!

– Mother also produced the $18,500 open female sold on the same sale as American Made!

– A sire used all but exclusively at Hilty’s, he is off to a strong start yielding several high dollar baby pigs that have dominated jackpots, made premium sales in the southwest or are on pace to be competitive at Midwest state fairs!

– Hilty has a very good chunk of sows bred to him for summer litters so we anticipate to momentum to continue in his favor!

– Grateful to have an opportunity to add such a dominate piece to our lineup!!!